I received LEGO Pirate Ship as a parting gift from my former Docplanner Phone team. That was in fact a very relevant present, since we had pirate motifs recurring throughout the whole three years, for example:

In addition, we were lately into jigsaw puzzles, and were just considering switching to some advanced LEGO sets. So long story short, a pirate ship toy was very fitting. What follows is a step-by-step relation of the assembly process.

Magda (my elder daughter) was sick that day and stayed home from preschool, so we started together. She was very excited, helped me along the way, and had a great time overall. 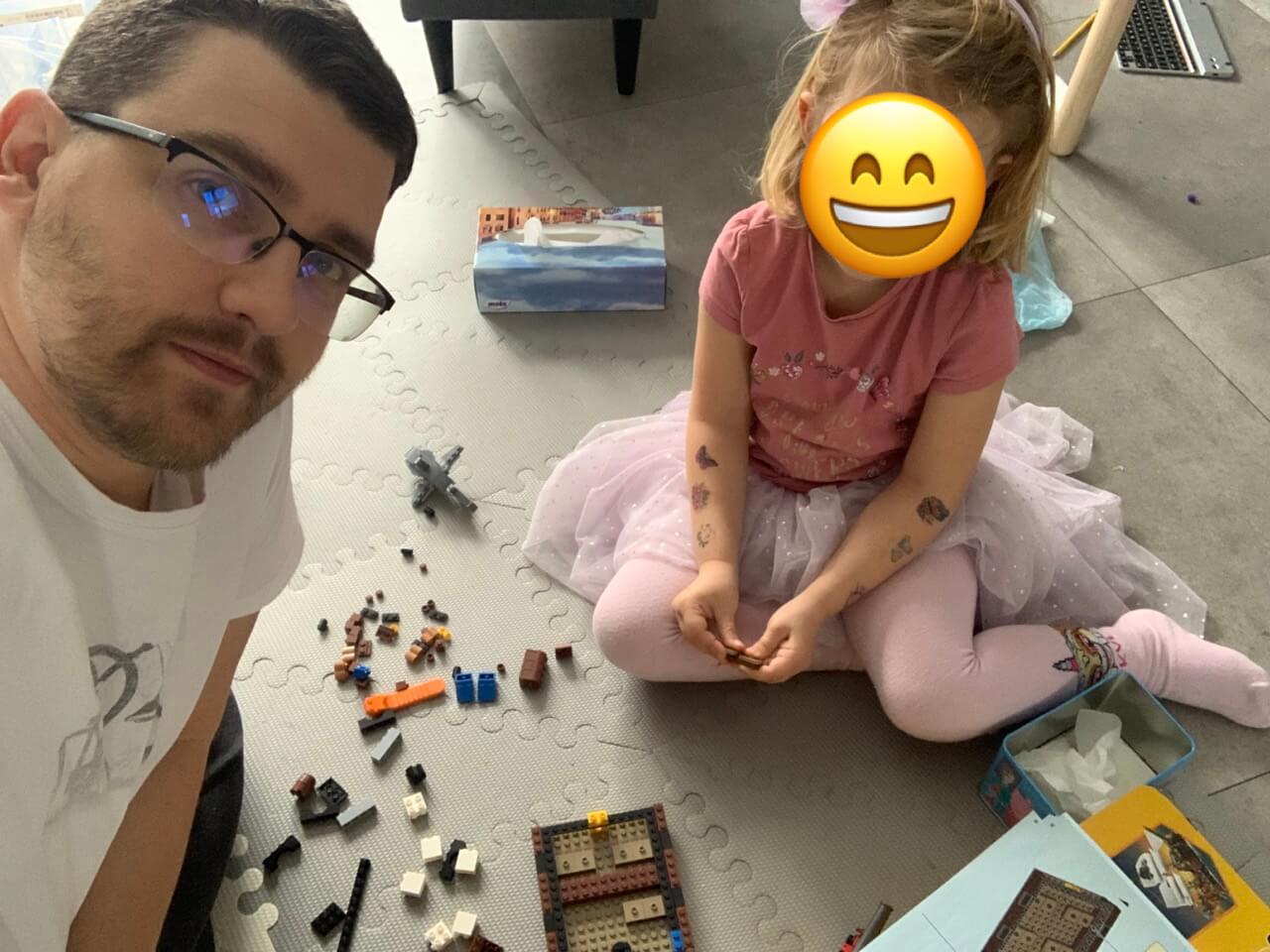 The Walrus was the ship of Captain James Flint in Black Sails. The show itself was a prequel to the Treasure Island novel. Here’s the famous pirate with a cache of gems, a treasure that is burried on the titular island. 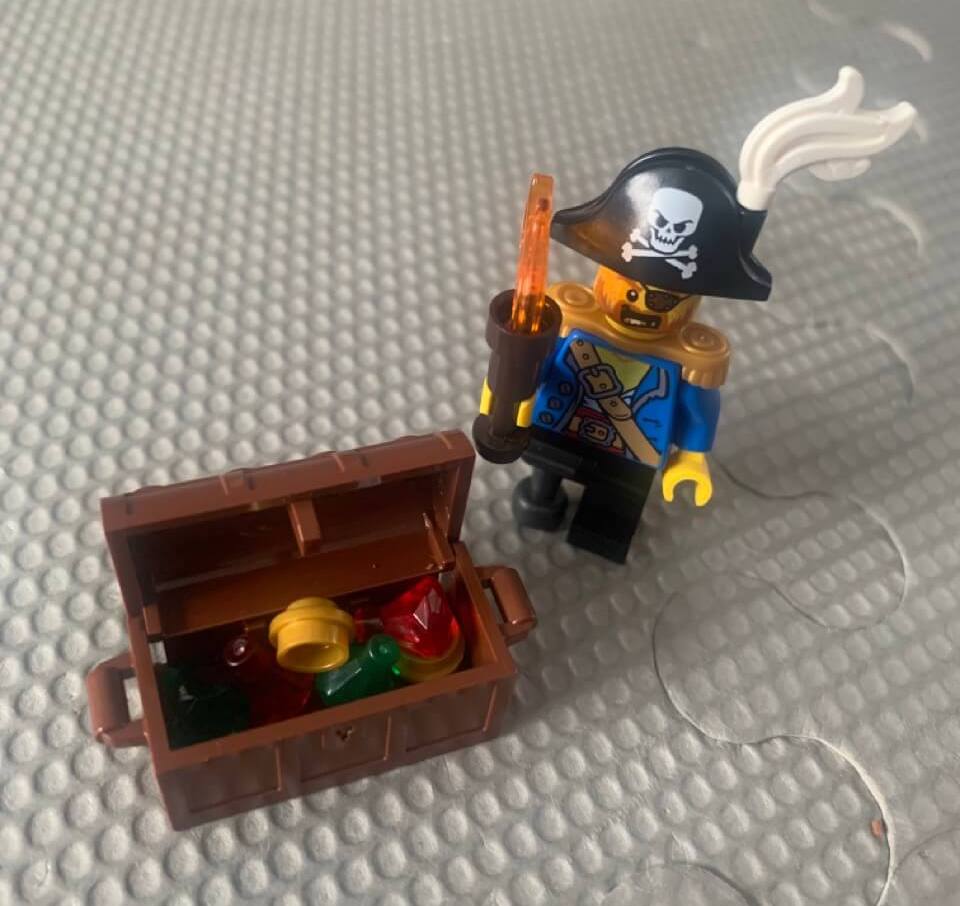 The set has over 1200 pieces. It would seem that the assembly process would be quite a challenge, but in fact they are all divided into 9 groups and packed separately, so in practice the first time is 10× easier. So we started with the ships stern. 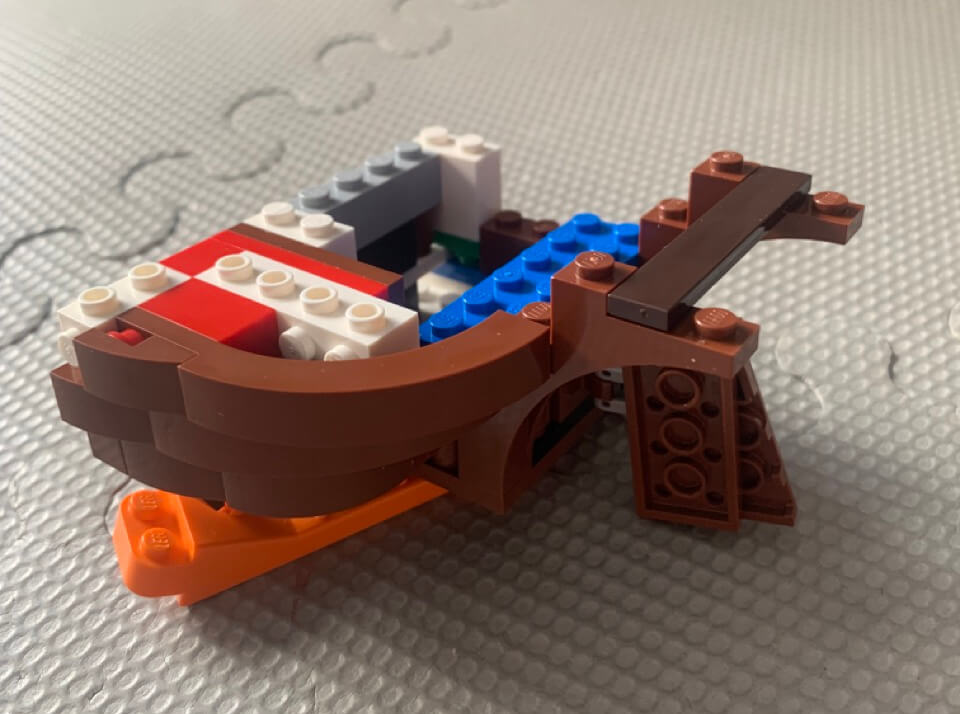 After a little more than an hour of casual play, the lower deck seem to be ready. It is quite a tight space, but I guess pirates are used to those conditions.

Two hours in, some progress is made, but a still a long way to go. The following photo is a bit misleading, as the instruction contains two separate projects, so the ship itself should be completed about half-way through. I also tried the LEGO builder app for iPhone, but as it turns out, it only shows a PDF with the same exact content. Nothing beats paper, so I kept going. 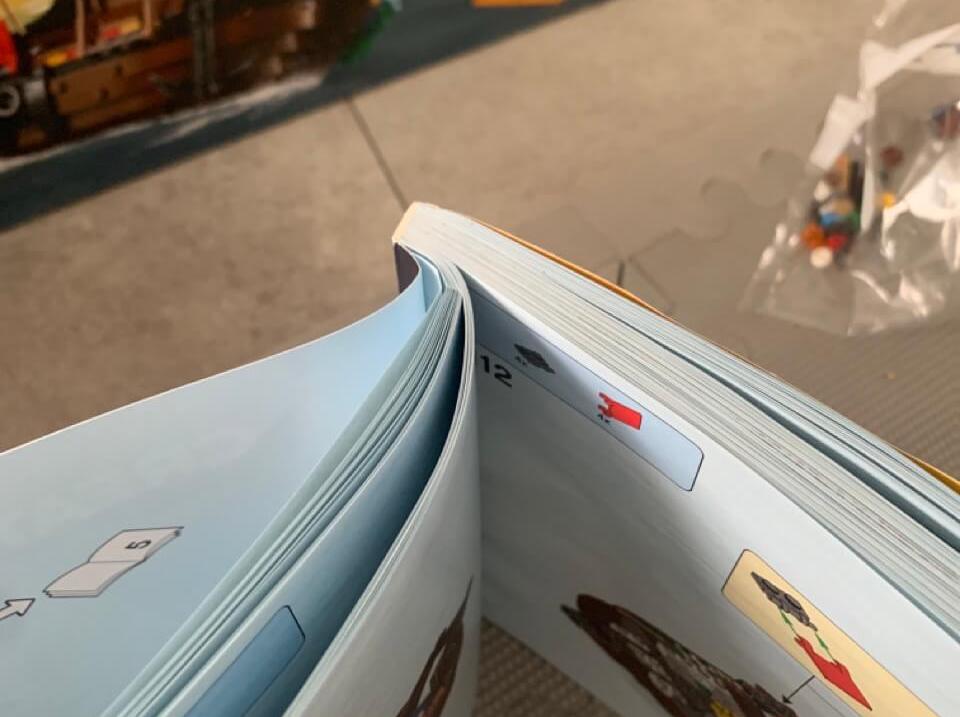 Since we have the lower deck ready, it’s time to oil the hull. This actually makes the set slide nicely across the surface. Unfortunately, the ship itself does not float. Well, I guess you can’t expect that from a plastic model. Maybe if it were loaded with some heavy weights, and the center of gravity was lowered… 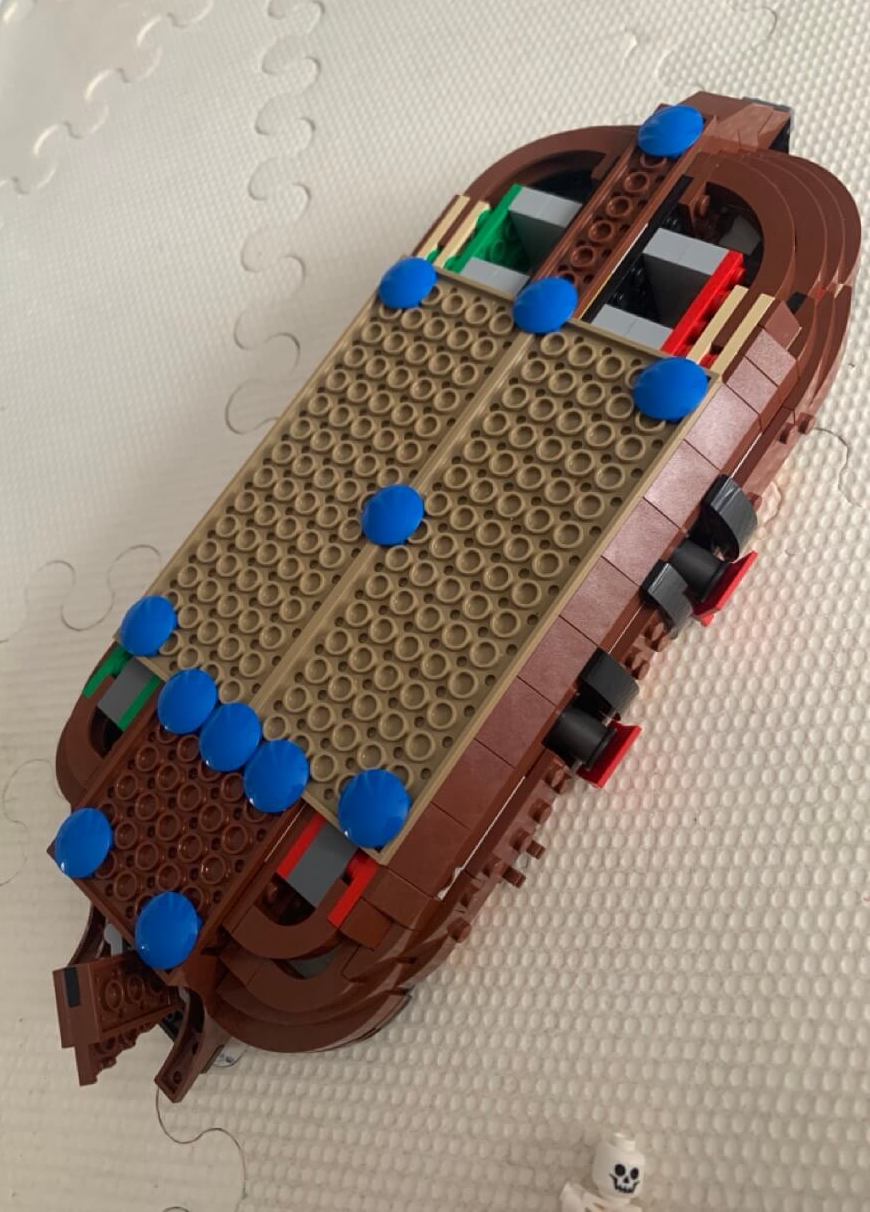 In step 6 we build officers quarters. Since I’ll be acting as the captain of the Walrus, this will be my chair. Finally some worthy equipment for me: there is a running joke in the team about me never working at a desk. So that’d be a first. 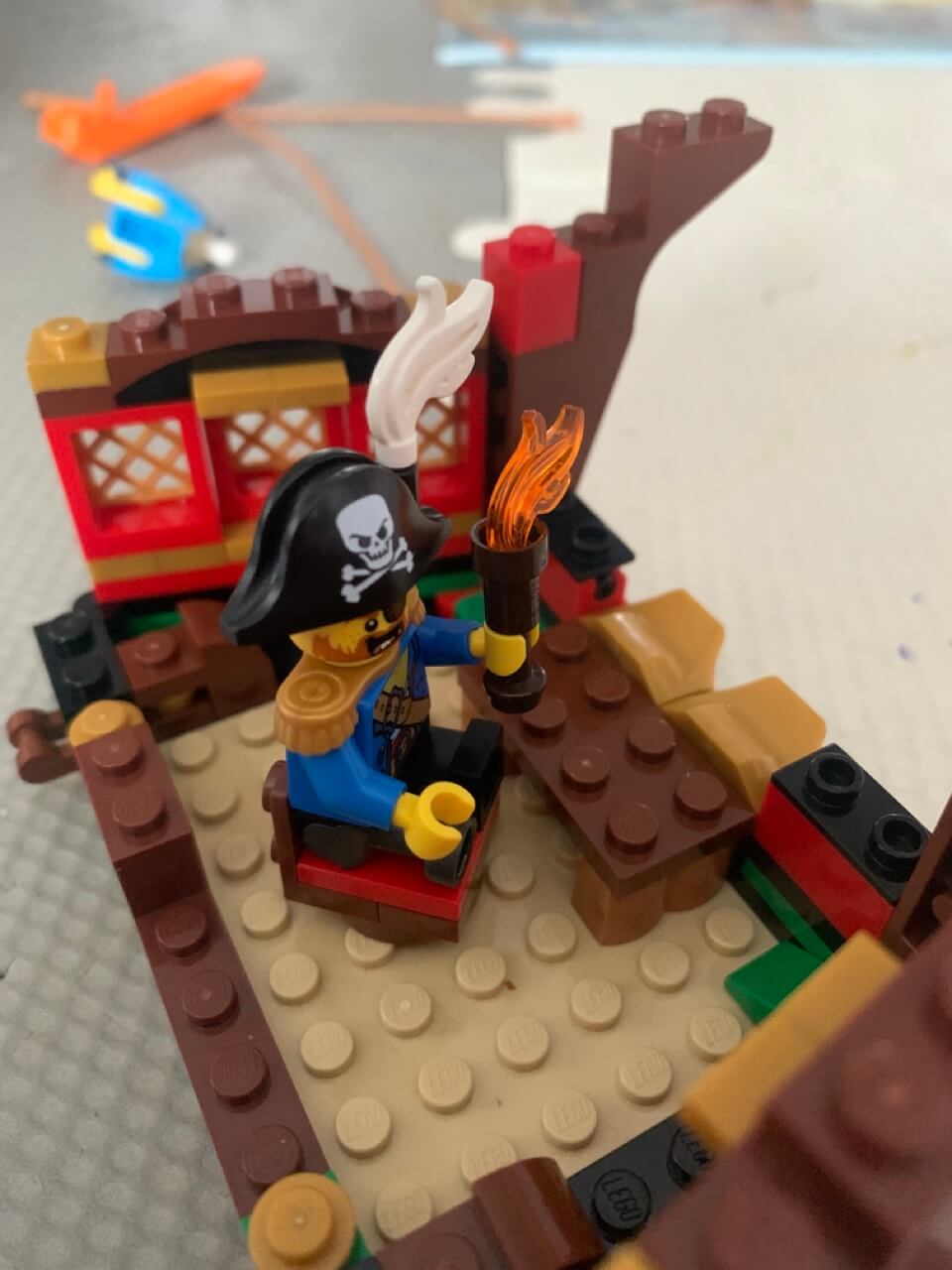 After about of 4 hours I need to take a break to run some errands. Magda is getting bored as well, but props for her for being interested for that long. The captain waves goodbye for some time. 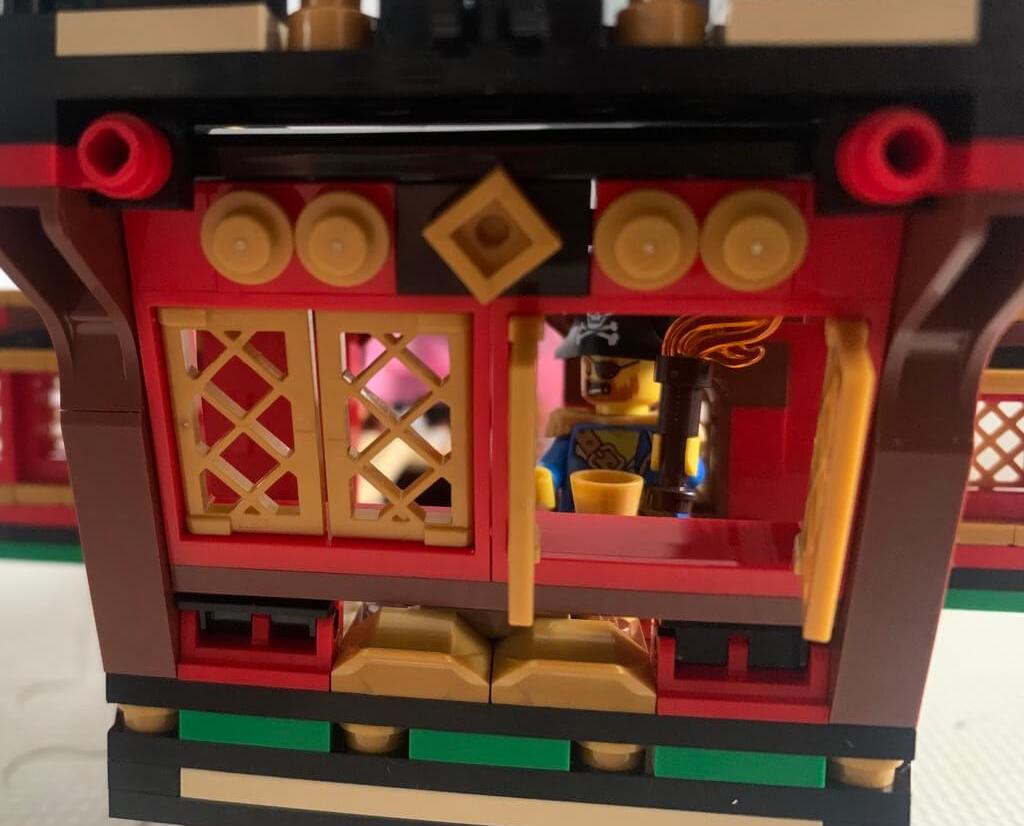 Next step is building the bridge. The captain will take the ship’s wheel himself. 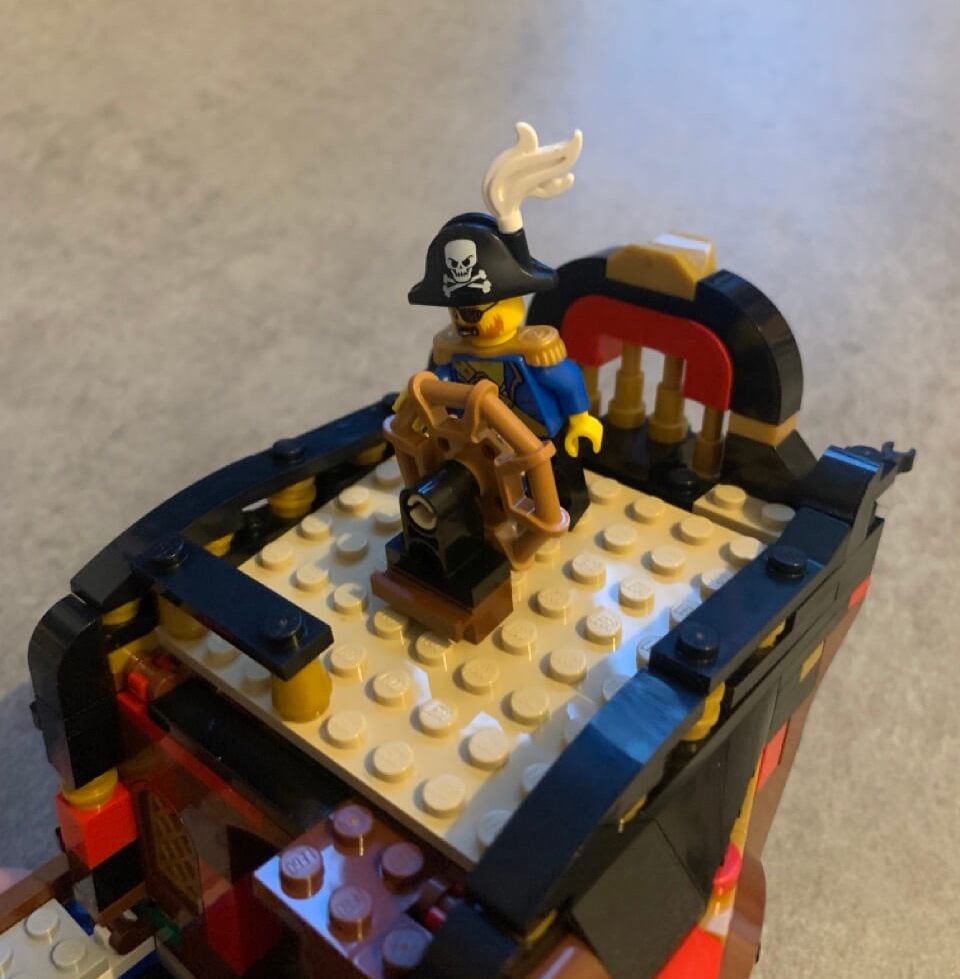 On the opposite side, in the front, there is a forecastle deck, occupied by Mr Skinny Bones 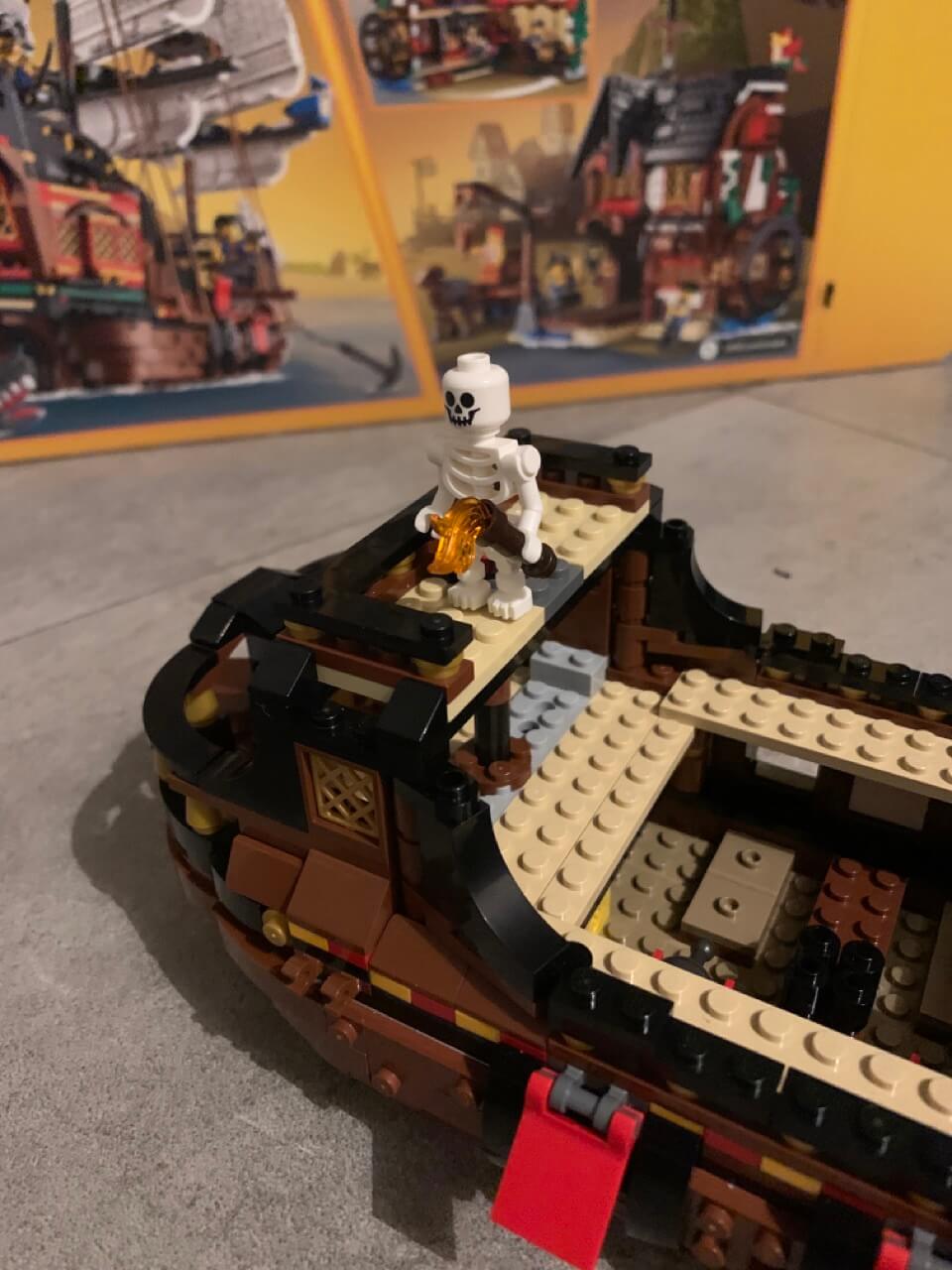 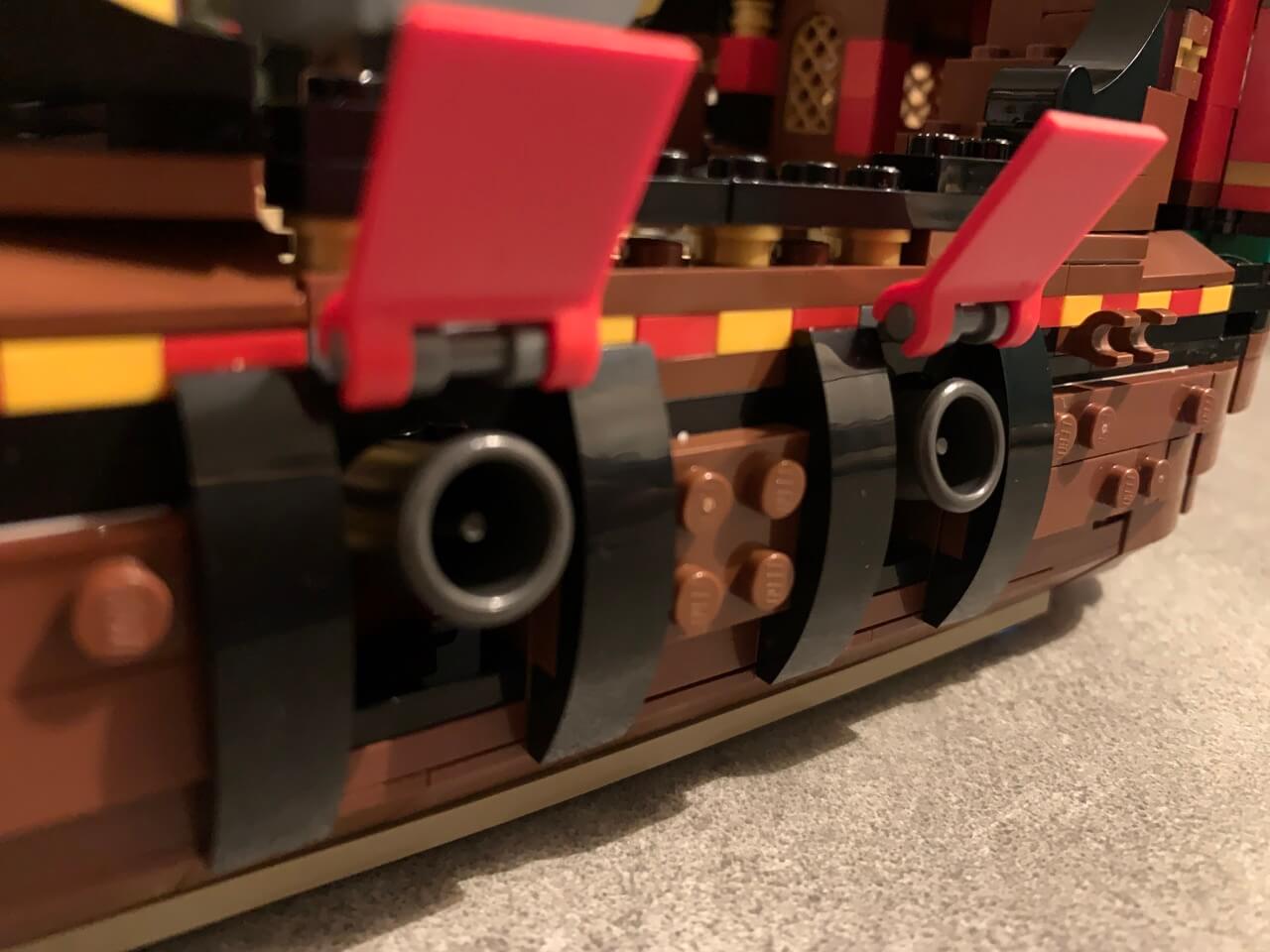 I knew LEGO was creative, but I’m impressed with how they designed the pirate flag. I think that represents the Jolly Roger, the skull with crossbones emblem. 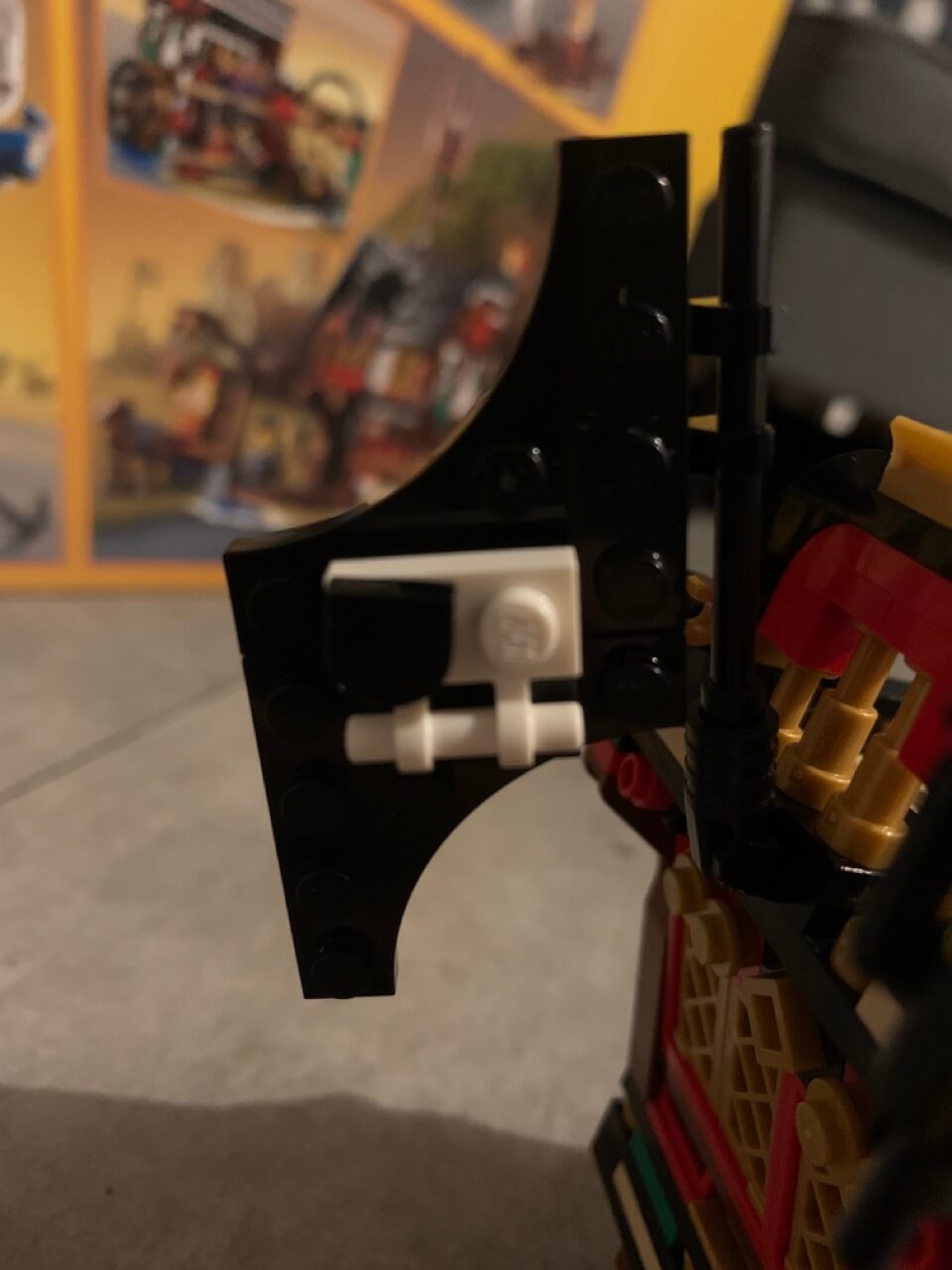 Obviously, pirates did not sail with Jolly Roger on their sales. In fact, it was an art of its own to choose the perfect moment to reveal their intentions:

Raise the black too soon and the prize will run. Raise it too late, and you'll induce panic and a greater chance of resistance. You got to show your colors at just the right moment to get them to strike theirs. 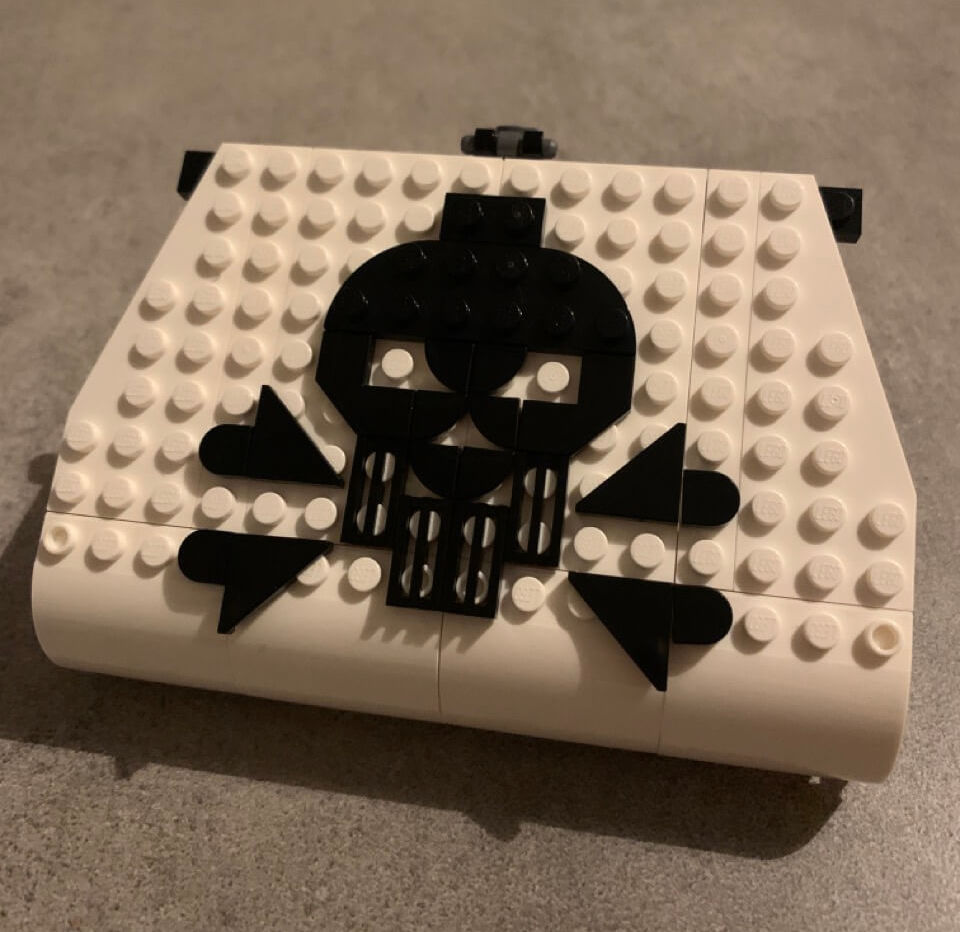 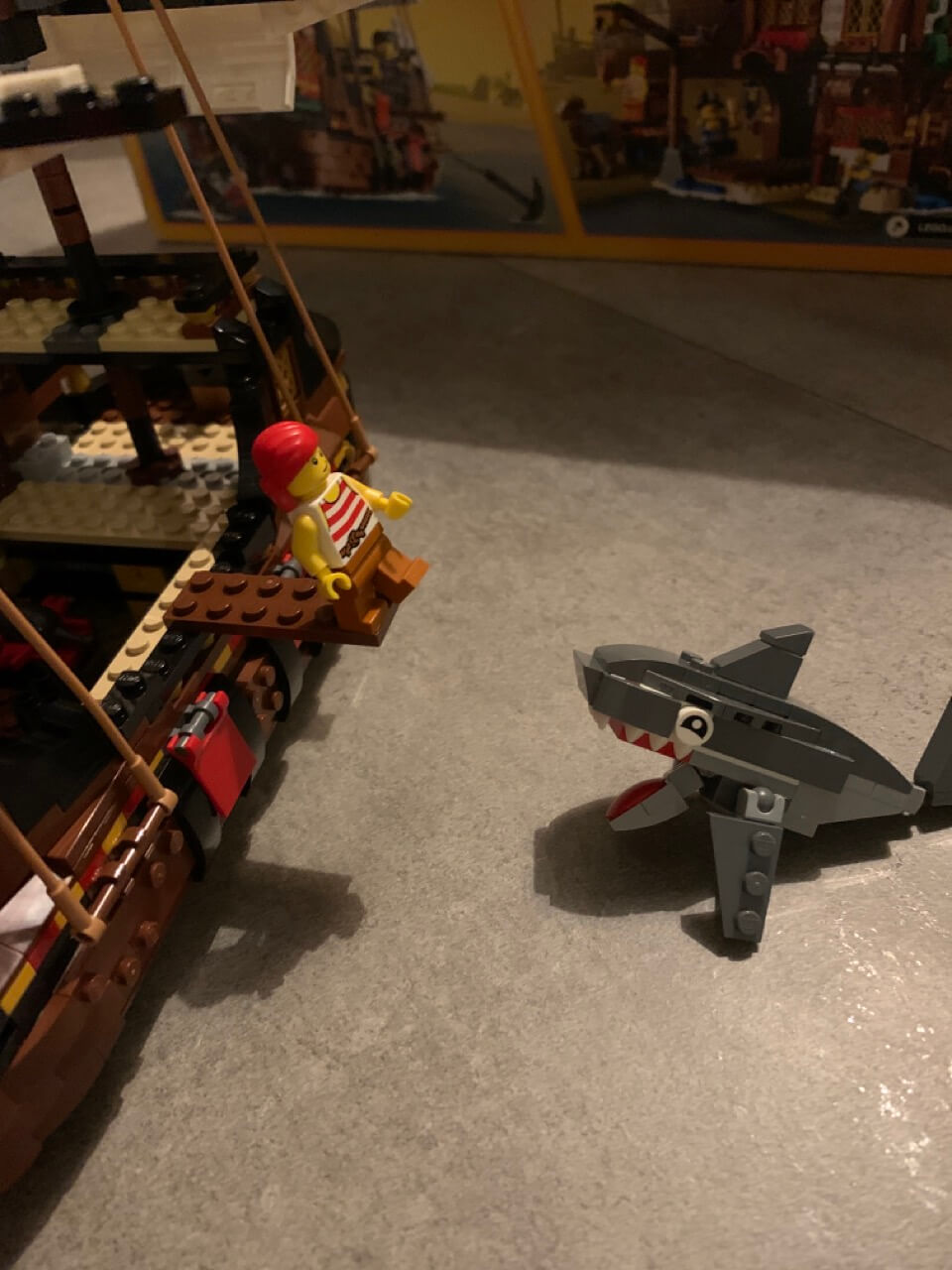 Anchor cable is a nice attention to detail 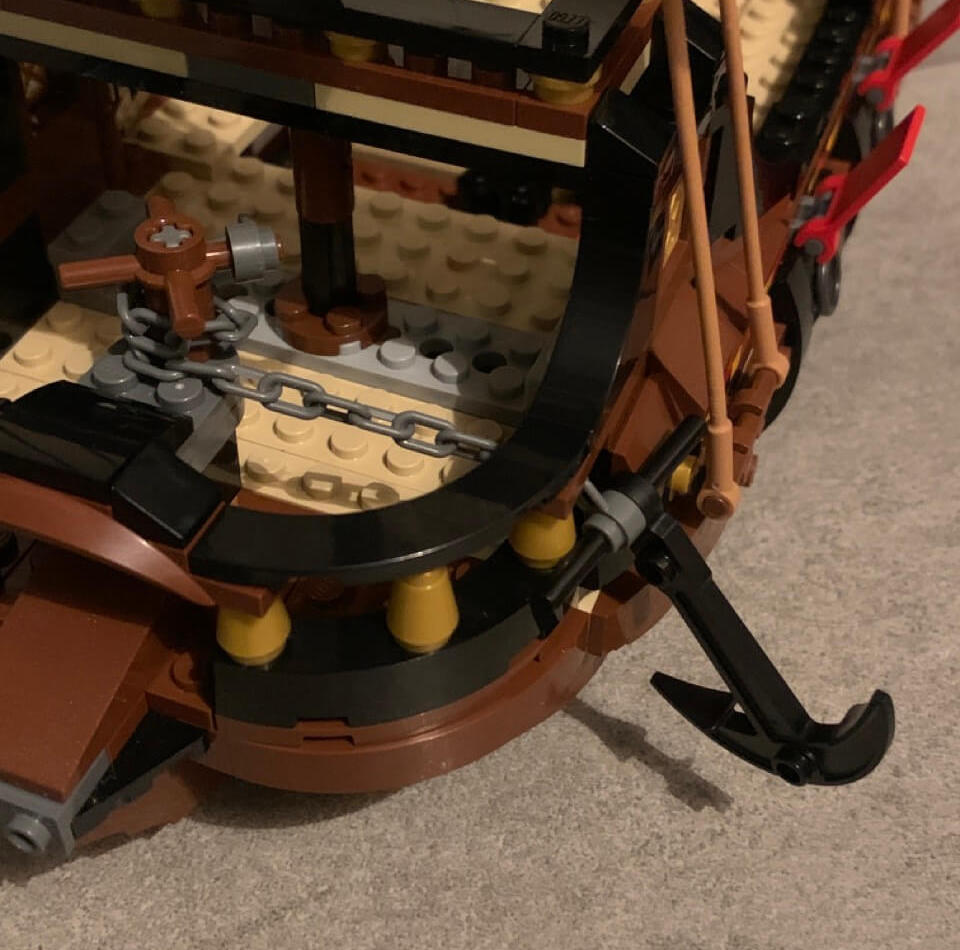 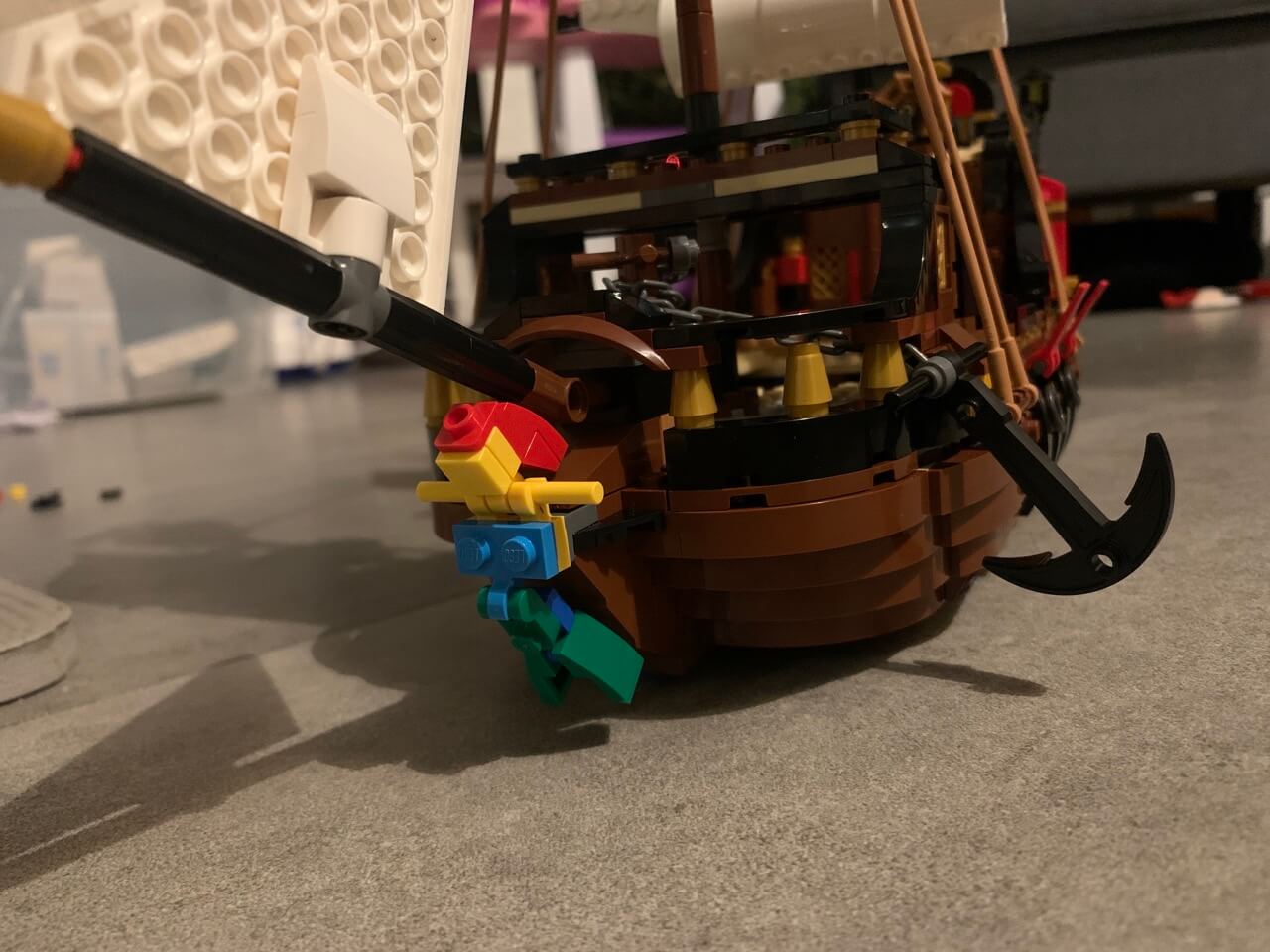 I recon skeletons rarely manned pirate ships, but if they did, they’d certainly occupy the crow’s nest. In case you were wondering, The Pirates of the Carribean is not a historically accurate depiction of that period 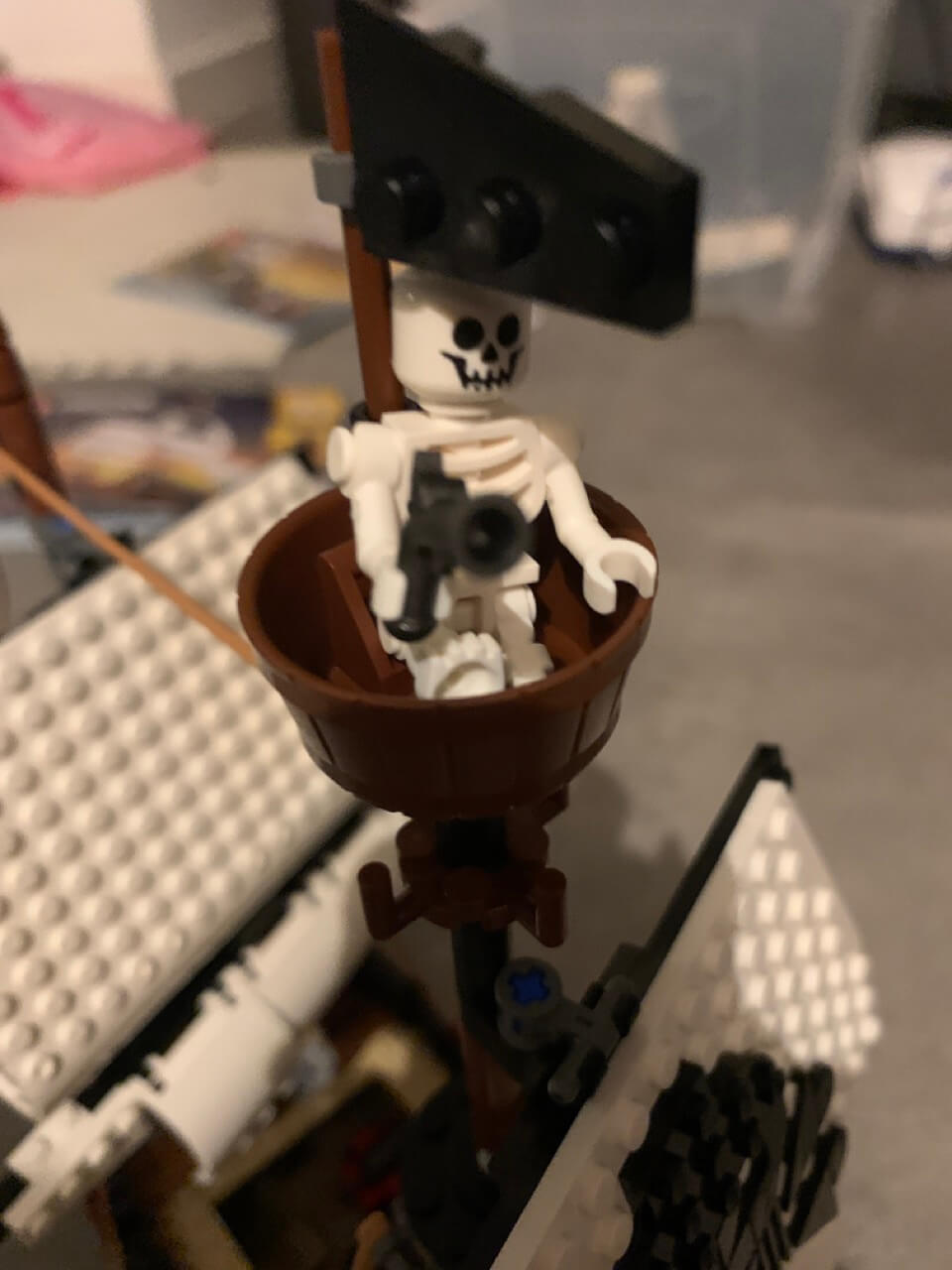 That is it! The same afternoon the set was ready. I am quite satisfied with the end result. 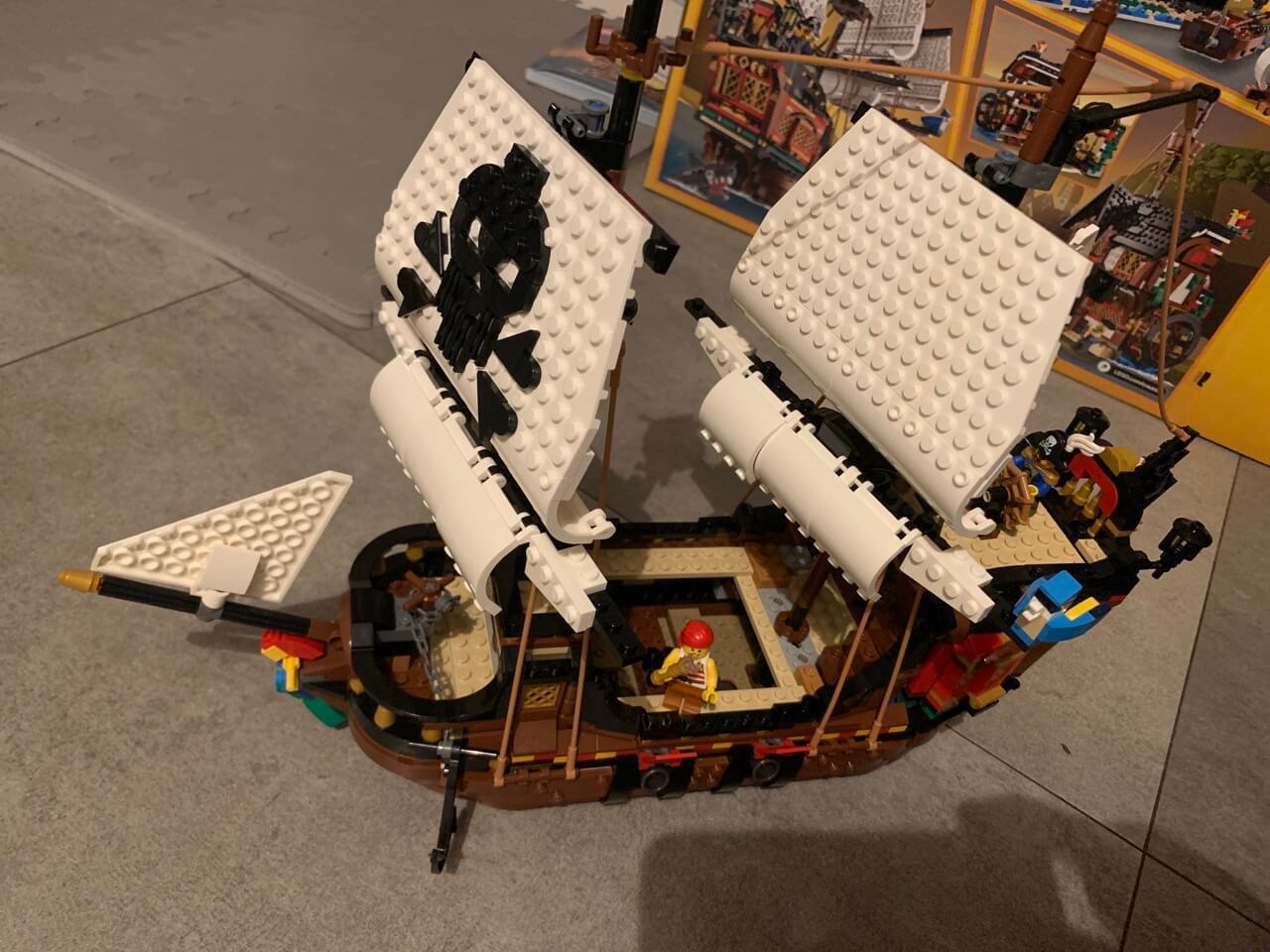 In the end, guess what was the most fun part of the whole set? Obviously the cannons:

Pirates stand no chance against the imperial rule. They face firing squad or death by hanging at the public square when captured